A change is as good as a rest, so the saying goes. So rather than do my usual collapse in a heap this weekend, we did something highly unusual and went away (without the kids!) For the whole weekend .

One thing I’ve noticed since I went downhill over the summer is that I’ve suddenly dropped over 5 kilos without noticing. I’m not complaining! I’m also still getting weird and woozy when I’m pottering around on roboleg. I’m wondering if all this dragging around roboleg, walking with crutches & lugging the wheelchair around work is creating gym sessions by stealth… Either way, I’ve relocated my collarbones and not just because they hurt! 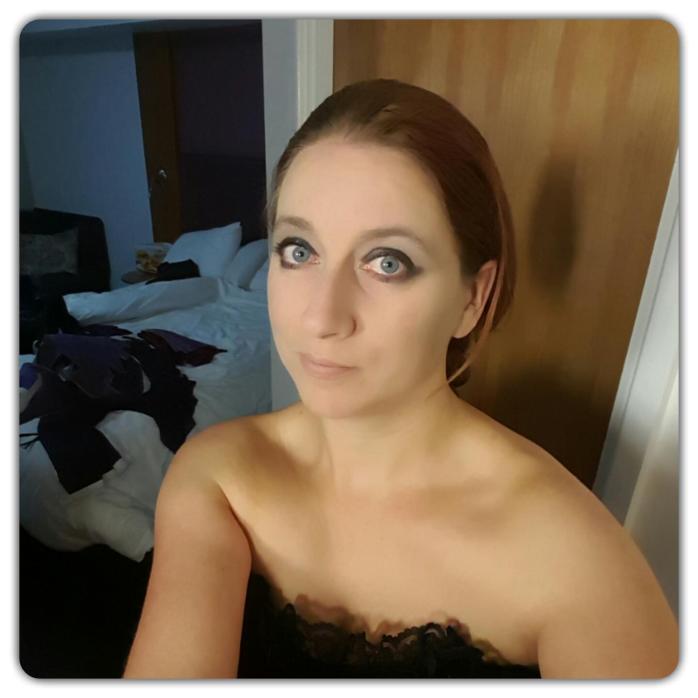 It’s been a tiring week all round really. We implemented using the chair at work which, whilst it has had an immediate and noticeable impact on both my general levels of pain & tiredness, is a bloody knightmare to get up and down the building. After just a week, I’ve come to the realisation that I need to keep a spare upstairs at work. It’s just too much to keep dragging it upstairs  (there’s a lift,  but there are some steps in between, and SO many doors! Fire doors remain my nemesis ). So this week will be spent trawling the net for a second hand wheelchair for work.

We’ve been planning this weekend’s trip for months. In fact, planning started around February, with people we play online with travelling from all over (as far a Sweden!) just to meet up for the weekend and play games at the EGX games expo. It’s been one of those weekends that proves that meeting people online isn’t just for weirdos… well, not that kind of weirdo. And even though we’ll still see each other online next week, it made me a little bit sad that my “computer friends” live so far away. It’s been like a weekend long raid without the achievements.

Sitting in the car on  Friday after work for 4 hours pretty much sent my pain levels to critical mass. Jokes were made about not feeling my feet, but when I realised that I was in so much pain that I couldn’t stand up to get from the car seat to my chair, I wobbled. Mr Geek was perfect as ever & just picked me up (he didn’t let on that it concerned him at all). We met up with everyone and joked through dinner. If I’m honest, aside from the disaster over tickets, I can’t remember a great deal. Everything was burning white hot and I was doing my best to pretend everything was fine. Bed helped. Sleeping is optional, just laying flat and having everything still and supported was so nice.

So today was the big day and we were all heading out in group cosplay to EGX and everything was trying to go wrong.

We’d spent so long making the sodding tabards that our costumes were a bit haphazard (mine a lot more so – Shell’s looked awesome)… I was sewing myself into my skirts as a message came through that Starx couldn’t make it as her eldest was pulling an exorcist and vomiting everywhere. (This basically means we need to come back next year because she can’t be left out!). Two of our group were stuck travelling home from holiday. Then safetypingate happened…. we had none. And our costumes needed “adjusting” (read : pinning to us because bits keep falling off ). We sent Mr Geek to the sainsburys over the road to hunt and gather pins whilst Shell and I fretted. It was all a bit surreal – we’ve been talking via team speak for nearly a decade, but never in person, and yet despite my usual inability to maintain a conversation, the magic of Facebook and WoW meant that we ended up chatting for nearly 24 hours.

Mr Geek & Mr M arrived armed with pins and we were finally ready!

It was packed and despite my previous reservations about meeting people when using the chair, I felt comfortable enough to move from close up selfies disguising that I was seated to a proper guild pic. It’s an interesting perspective being that much lower than the crowd – people stare at their phones and totally miss you, or in fact don’t miss you as they walk right into you. It’s quite frightening to be in a position where people don’t see you & the discreet positioning of the menfolk (clearing a path for me) didn’t go unnoticed. And despite my usual protestations that I’m perfectly independent, I was grateful that they were there & tanked for me.

So there you go. I’m in a chair, which is not something our priest has a spell for. However, the guild as a whole made me feel a whole lot more comfortable about being in it by just talking to me like a human (or gnome).

Dentorm has been outrightly proclaimed the master of Gangbeasts with his evil Santa. 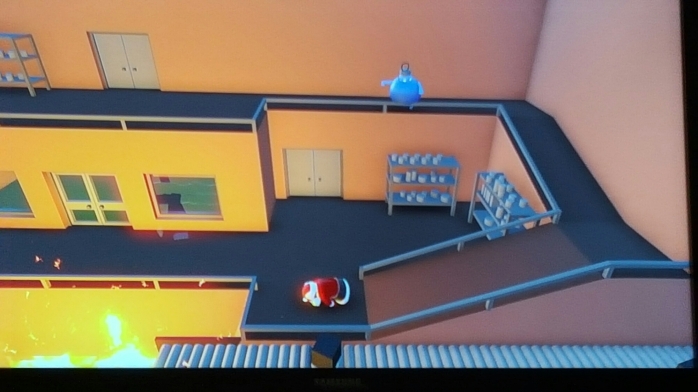 And here we are at the end of our “grown up” weekend away. We still have another 4 hour drive home in the morning (it’s 1am and I’m in painkiller insomnia land

), but whilst it’s been a bit of a physical trial, mentally, I feel a lot more me again. I’m still here. I don’t feel quite so lost.

*in game names are used to protect real identities. You know who you are 😉