I slept in until 9am this morning, not even hearing the kids. Mr Geek gently poked me and suggested that I may want to emerge as Beanpole was up and having breakfast (it’s her 11th birthday!). Still clad in pyjamas, I shuffled out to give my birthday girl a hug.

Spoons +2 for lay in

The kids were far to excited to eat properly, and in true Enid Blyton style porridge was shoveled down necks and they raced off to tidy up and pack before the birthday cake was unleashed. As we waited for operation tidy up to actually commence, I sipped on the protein shake that has become my breakfast of choice (or rather necessity, as anything that isn’t smooth is now getting stuck before hitting my stomach, or just makes me feel sick). Whizzy asked what it was and asked if it was milkshake. “Sort of”. “Can I has some?”. I let her taste a bit and the facial reaction received was priceless. My 3 year old youngest goddaughter managed to convey with that one facial expression the difference between a real milkshake and a protein shake.

Next up was packing up our bits and time for air travel safe presents! Poor Beanpole was so tired she barely noticed the books and cards handed to her and was terribly weirded out by her birthday being completely unusual for her. She’s a creature of habit and likes to know what’s about to happen.

The plan was to visit some of Mrs GypsyTree’s family as they were staying in a local holiday complex. What we had gauged was a 30 minute journey, was actually 50, but if nothing else gave the kids time to nap in the car, and nap they did.

The place we were visiting was totally set up for outdoorsy kids and they almost instantly found the playground. And the mud. Oh, so much mud. But at least they were happy… Or just odd. I’m pretty sure they were happy though.

The kids played, we followed them about and chatted with Mrs GypsyTree’s lovely family, and I finally got a chance for a quick selfie with Mrs GypsyTree whilst we watched from the safe Tarmac by the playground. 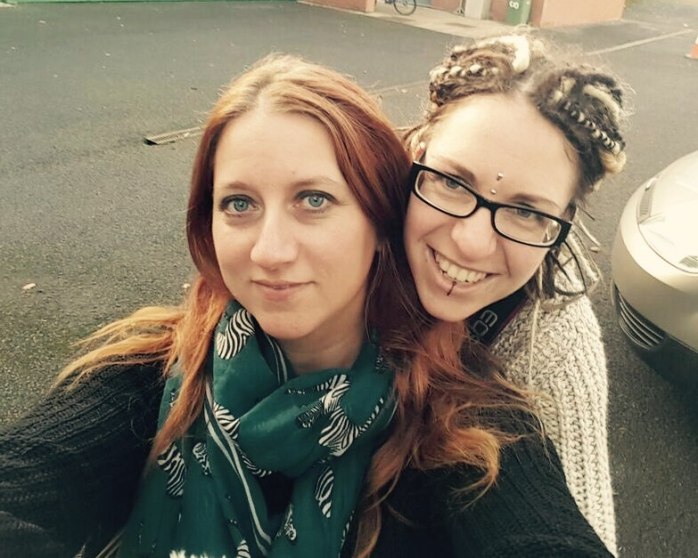 Selfie shot done, it was time to go.

As we gathered our things, it dawned on the Beanpoles that time to go actually meant time to say goodbye until at least February. That’s a long time to miss out on seeing your surrogate sister. It dawned on me that the Beanpoles miss each other just as much as I miss Mrs GypsyTree. 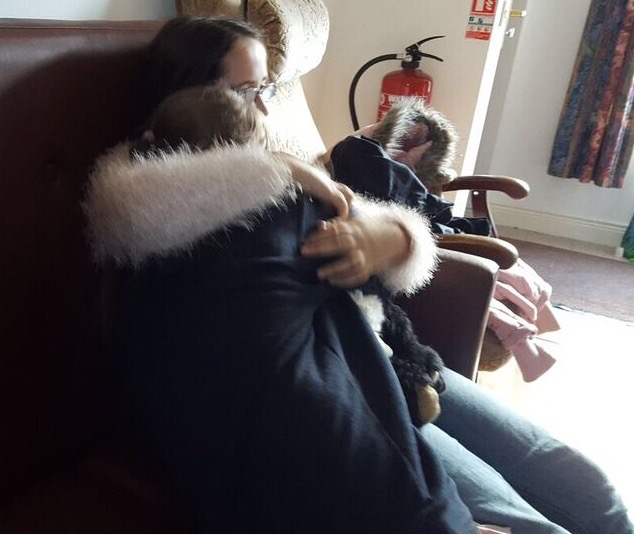 After another special day that meant a lot to all of us, we headed back to the house to collect our things then headed up to the airport for the trip home. Saying goodbye to the munchkins and Mr GypsyTree was hard and far too rushed, but we left them in a place where they’re happy. And that’s all you can ask for anyone.

In the car, the kids regaled Mrs GypsyTree with every random story they could come up with, despite it being the end of a very long day. Dinner was junk food at the airport before a particularly eventful flight home.

We eventually landed and reached our car at 11.30pm.

Once at the car, I dozed as we drove home having taken my evening meds 4 hours later than normal and beyond exhausted.

Getting out of bed isn’t happening. Even with my refreshed 20 spoons, I’m waking up with a deficit of 13 spoons. I feel like the walking dead and act like it all day, spending the whole day in my pyjamas clutching my reflux beaten chest whilst laying inside my mega pillow on the sofa. I briefly got up to attempt dinner, but decided that bed was a much better prospect.

Thankfully, despite more painsomnia, Sunday was a much better day.
Someone needs to learn how to manage her spoons better.

One thought on “Spoon Theory In Action – Ireland Part 2”