I’ve not blogged about today’s appointment yet in case I jinxed it. But today was our big trip to London. We combined my appointment at the Hypermobility Clinic at St John & St Elizabeth Hospital with a birthday trip to The Natural History Museum for Beanpole’s 11th birthday.

Cue 5am start (or 3am for the kids who woke up early and snuck downstairs), then heading off and picking up Beanpole’s best friend for 6.30. Then off we drove to central London.

Having been raised on the Chalk, I’m not wholly comfortable being in London.  The South Downs are in my bones and just like the Terry Pratchett books, leaving them behind feels very odd. (Although thankfully I’m in Sven our Saab, not on the back of a broomstick).

London is busy, fast paced and doesn’t have nearly enough green. On the top of the Downs you can sit on a hill on your own and feel like you’re watching the whole world; in London, you’re surrounded by thousands of people and yet feel completely alone. I’d rather be in the company of badgers. (Mental note: must find off road chair)

Whilst I had been given an EDS diagnoses from our GP Registrar, the surgery (and the world plus his wife)still wanted an official diagnosis from a Specialist. This is an appointment that’s been ‘on referral’ with our local hospital for coming up to 3 months. Every GP appointment recently has ended with “you need to talk to the specialist about this”. Eventually, we got fed up and phoned Mr Geek’s private health insurance to ask if they would help. Indeed they would, and an appointment was made 3 days later (today) with the Hypermobility Unit in London… I’m yet to hear from our local hospital.

I was so scared, I felt sick last night.

We arrived at 9am and Mr Geek took the girls off for breakfast. And in I went…

We talked through everything that’s crapped out on my body since year dot. Discussed my attempts at acute physio and that the hospital now didn’t want to see me because it’s too complex. Collectively wondered why people hadnt picked up on this until I completely fell apart having been prescibed mega painkillers for the best part of a decade. She tested each of my joints (aside from my braced knee as it’s still purple) and concluded that only my right Big toe is not hypermobile.

“You definitely have joint hypermobility”

“And from the rest of these symptoms,  I can conclusively diagnose Ehlers-Danlos Type 3, although I’d like to refer you for genetic tests to be sure of the type.”

It was all of a bit of blur from there because years of being fed painkillers by my GP and told to bugger off released themselves and I cried. I don’t do crying.

I know we talked about management options and she referred me to a heart specialist and stomach specialist and to Physio and psychology for pain management because it’s all written down. But the relief was immense. I live in hope that my GP might quit talking to me like I’m just after drugs.

After all this it was museum time! Mr Geek met me with the strangest non-fodmap breakfast in a bag. But it was so yummy! (I paid for this with horrid stomach cramps later)

It’s been years since we visited the Natural History Museum and it seems to have got even bigger. The kids decided to throw me completely by having a full on discussion about whether because the giant land sloth had a massive pelvis, whether it’s penis was in proportion. Welcome to the land of age 11.

As ever, the dinosaurs were awesome. This bit never changes and yet it’s just as amazing every time. Beanpole is obsessed with dinosaurs in true Aspergic style. They are her lifetime love and she is a walking dinosaur dictionary.  There’s a phrase about pigs and poo that’s very apt here. 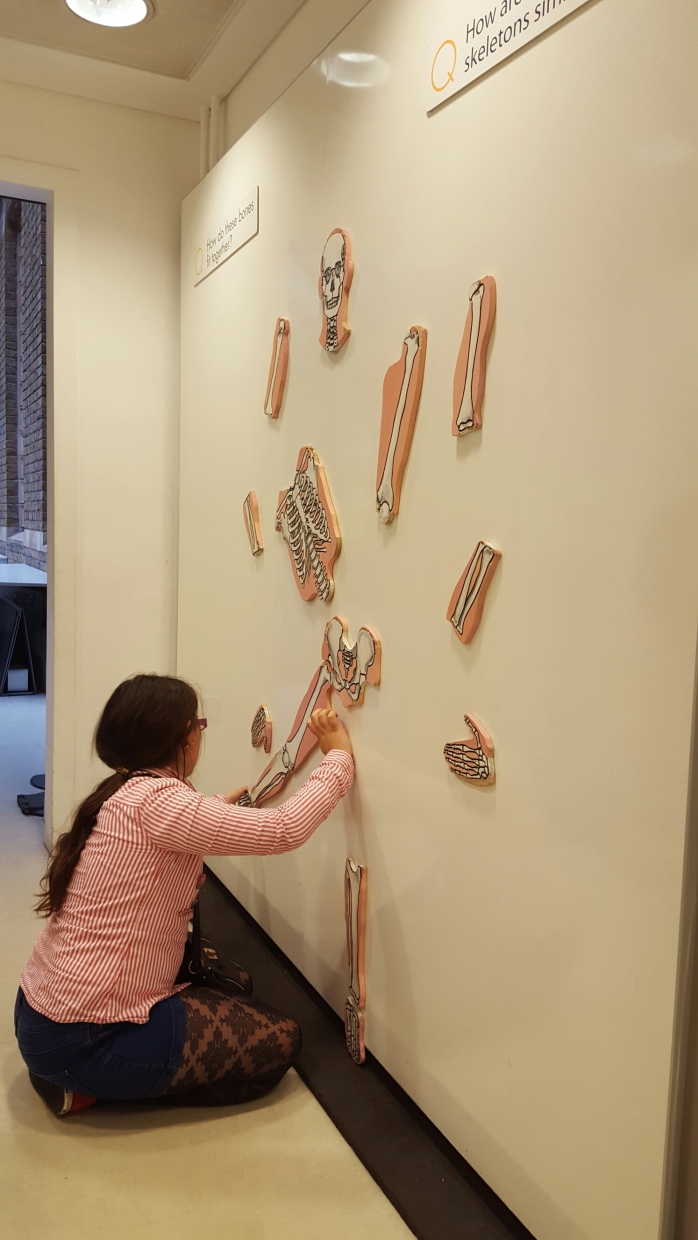 And I found a example of what I should look like. The head bone’s connected to the. .. oh wait, is it still connected?

Finally, with all spoons used & adrenalin from the morning drained away, the girls were given 15 minutes in the gift shop before we headed out of dinner. I even found myself an appropriate souvenir for the day. And in my favourite colour too! 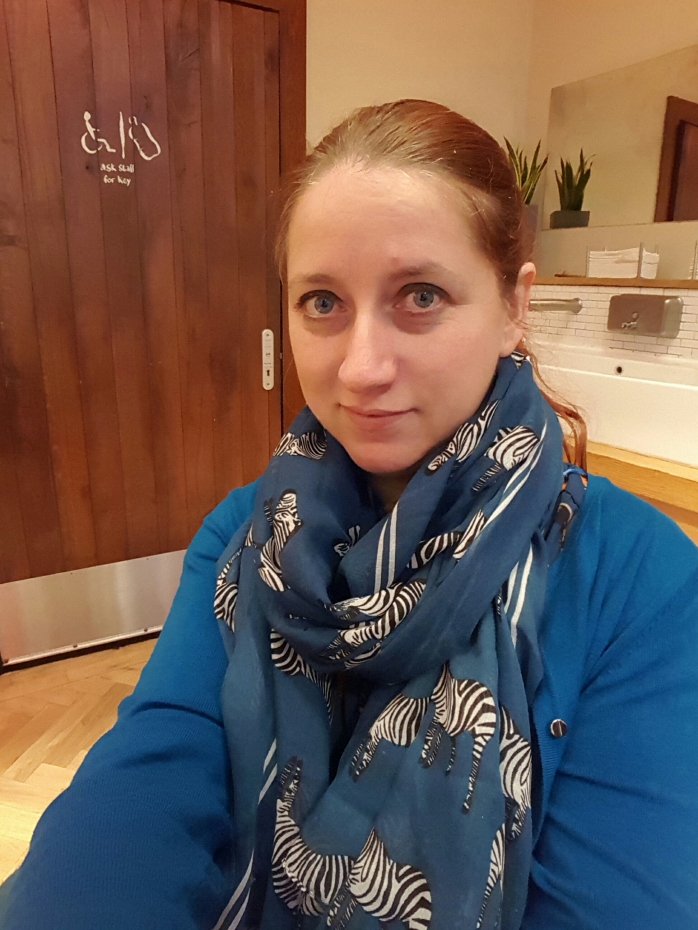 Cue using the drive home for blogging to keep myself awake and my mind off not bringing my tens machine!

Beanpole, TinyPants and friend have had a spectacular day of science, we’ve had a lovely day too, and that piece of paper from a leading consult in EDS ends any shred of doubt.

-20 spoons, but I just don’t give a flying rats testicle.

One thought on “London Baby!”