This is right up there on the noms list. 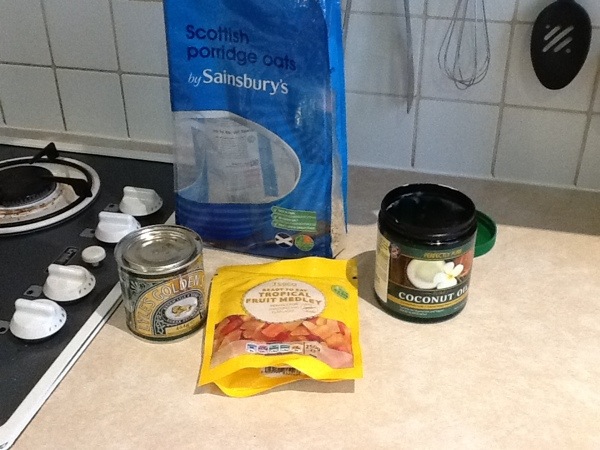 Melt the oil and syrup together in a pan on a low heat (coconut oil doesn’t need much heating).
This smells amazing. You’ll need to stir this gently to mix it. 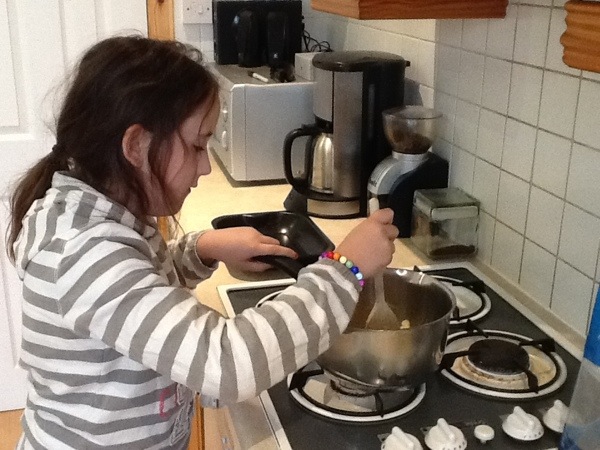 It’s also recommended to actually brush your hair during the holidays, but just try telling that to beanpole!

Once it’s all melty… 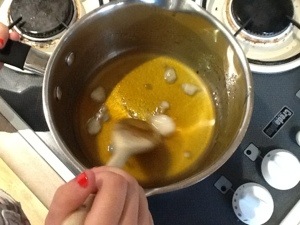 Let the last few lumps go, then mix in the oats. This should give you a lumpy oaty mixture (if it’s gooey, you need more oats. Finally, add in your dried fruit – this packet had massive lumps of dried tropical fruit and I had to negotiate with the kids to get them in the mixture rather than noshing them straight from the packet! 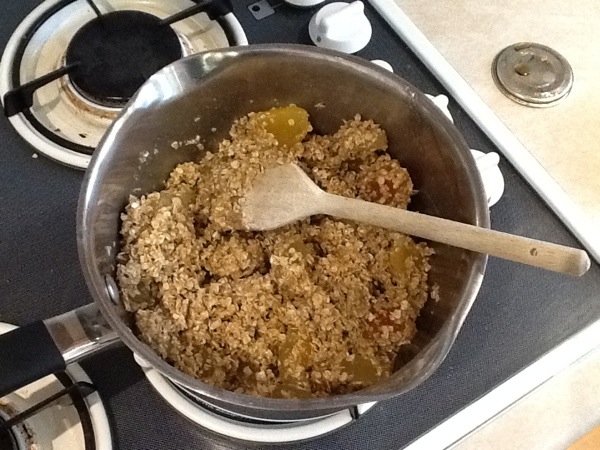 Once it’s in the pan, just shove it in the oven for 20 minutes where it will go a pale brown (not as golden as the butter ones as the coconut oil is clear, not yellow). 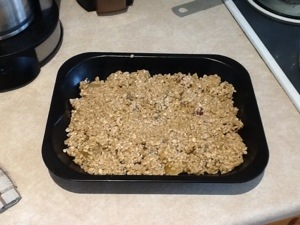 It will still be gooey when it comes out and will harden when it’s cooled, so after about 5 minutes create some ‘score’ lines in the flapjack so it can be broken into individual pieces.

It doesn’t have that creamy taste that butter flapjacks have, but what it lacks in butter, it makes up for with taste and lower cholesterol.